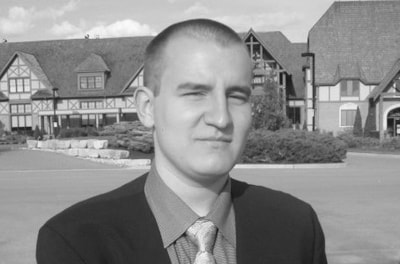 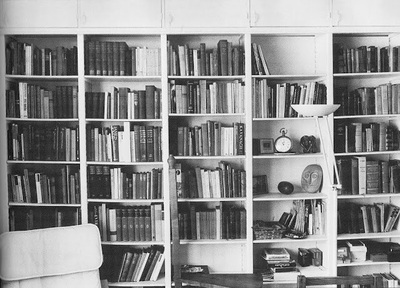 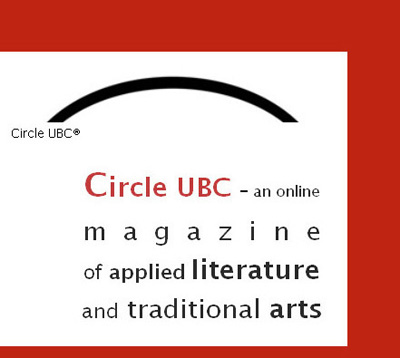 You Owe Me Push-Ups
It’s funny how sometimes the people that leave the greatest impression on you are the ones you think you cannot stand with a passion.

“Aw crap. There goes our fun,” my best friend Dave whispered into my ear as the man walked in through the narrow doors. It was grade nine and we were in our first (and only) high-school French class. We had already been through two supply teachers as our original teacher-to-be had retired. The supplies were push-overs and our grade nine minds feasted on this opportunity. But this man that had just walked in was memorable. Oh, he was memorable alright. There was something about him. He had his hands held behind his militantly-straight back with a grin on his face. Or was it a smirk? His charcoal-black polished ALDO shoes glistened and his ironed navy-blue pants matched his three-button blazer. He took turns looking at us all directly in the eyes as he was introduced. One by one we sunk into our seats.

“Class, this is Mr. Michalik. He will be your new French teacher,” our now former teacher Mr. Doyle had told us as he (Doyle) headed out of the room. We called the teachers by their last names.

Mr. Michalik was seventy-four, his hair was receding and what remained of it was purple. Clearly a dye-job gone wrong. He was in shape; slim, yet with a muscular build. He greeted us with a “good day” and continued grinning (or smirking) as if there was a joke that only he understood. And only ever would.

He spoke in a slow, almost eerie tone with a heavy Slovak accent mixed with years of living all over.

“As you already know, I am Mr. Michalik. I would like to tell everybody a little about myself.” He took out a yellow Bristol board with 70s-era photographs of a basketball team pedantically pasted onto it. “This is from when I used to coach basketball. We never lost a game.”

“I bet! Those kids must have been scared of Dracula over here,” Dave whispered to me as he began to imitate him. “This is the basketball team I coached for five years. If they ever missed a shot, I benched them and possibly cut off their fingers,” Dave joked as he exaggerated the Slovak accent. I tried my best to hold in my laughter. Dave and I already enjoyed joking at Mr. Michalik’s expense.

“I’ve brought gum for everyone,” Mr. Michalik said as he took out a Ziploc bag full of sticks of every kind of (stale) gum you could imagine. “Take a piece, everyone. Now spit it out!” he said as soon as we finished our first chew. “Chewing gum is disallowed in this school. That will be my first lesson.” Murmurs and whispers of “what a freak” washed over the room.

“From what I understand, there hasn’t been much learning going on with the past two teachers and that will now change.”

“Mr. Michy-lick,” Dave mispronounced his name, “are you Russian?”
“No, I am not going anywhere.”

Nobody laughed for a good fifteen seconds until laughs of awe at such a bad joke began to emerge.

I then asked him for a pencil.

“That will cost you twenty push-ups, young man,” replied Mr. Michalik.
“I can’t do twenty push-ups!” I exclaimed.
“Of course you can, even I can do twenty push-ups.”
“I highly doubt that, Michalik.”
“Don’t call me by my surname. The only reason you are acting out this way is because you weren’t spanked as a child.”

The class gasped. Students began to ask him how he could say such a thing. Mr. Michalik simply dropped down to his knees, got in a perfect push-up stance and stared at me directly in the eyes as he began to count.

He did twenty perfect push-ups and although his body turned beet-red, he seemed unphased. The class watched in awe as he got up and began to tell us a story in that eerie tone of his. Mr. Michalik always told us his “life lessons” which were profoundly interesting but for some reason, I always pretended to be uninterested.

“I was walking the streets of Fredericton three years ago and I saw these men playing basketball. The basketball coach awoke in me and I walked up to get a closer look because I noticed they were in wheelchairs. I was inspired by these men with no legs.”

Mr. Michalik was very politically incorrect and saw nothing wrong in this. There was a bigger girl in the class named Melanie. It was the beginning of class one day when she tried to enter through the narrow doors of the class at the same time as Mr. Michalik.

She bumped into him.

“Oops, looks like one of us is too big,” Mr. Michalik said. Melanie ran out of the room crying. After this, she began working on a plan with her best friend Kayla on how to get Mr. Michalik fired.

“I hate that guy!” Melanie would tell Kayla.
“Oh my God, I hate him too!” Kayla would respond.
“I wish there was a way we could get him fired.”

Mr. Michalik was referred to by some students as Stalin which they justified due to the two of them sharing the same name: Joseph. Although, I do remember him telling me that he and his family opposed Communism and worked as farmers when he was a child. “You better be working feverishly!” he loved to tell us. He would force us to know the French national anthem, La Marseillaise, off by heart.

“Today, I will teach you La Marseillaise and the history behind it. I hooked up my eight-track cassette player to my record player last night and made a copy. The quality isn’t great but you cannot find a better version.”

He popped in the cassette and the opening verse of the anthem squealed back at him.

“Mr. Michalik, I could get you a better copy if you’d like,” I told him.
“I’m not sure if you will be able to find one but if you could do that, that’d be great. Thank you,” he said.
“No problem, it’ll take me five minutes.”

That night I went on Ares, downloaded both the original and instrumental versions of La Marseillaise and burned them onto a CD. The next day when I saw him in the hallway, I gave him the CD and he thanked me. When I walked into class later that day, he walked up to me and asked me how much he owed me.

“Oh c’mon, Mr. Michalik, it took me like five minutes.”
“No. It would have cost me thirty dollars at any store.”
“Mr. Michalik, it’s OK, really,” I insisted.
“No, I don’t accept gifts. Not even from my family. One dollar for every minute!” he said as he stuffed a five-dollar bill into my hands.

I was amazed by this and I gained a new respect for him although I couldn’t stand him before that. I mean, he once called my mother to complain about me from a payphone. A payphone! Was he on his way to go grocery shopping when he remembered that he needed to ruin my life?

One day, he brought in a large grey rock. The kind you find on shores. He walked in through the narrow doors of the entrance to the room, took it out of his carrying case and slammed it on his desk. It sure got our attention.

“This is a rock. It has mass, takes up space and uses no energy. That is what you all are! You are all rocks!”

Mr. Michalik was a strict disciplinarian. Old-school, as the children called him. The students would spread rumours that his entire family died in a car crash and that’s why he was always grumpy. Mr. Michalik earned my respect and that of my fellow classmates (albeit by instilling fear) whether we liked it or not. Melanie and Kayla however still despised him and decided to “set him up” one day. They were always the loudest and showed complete disregard to his lessons. He had phoned their parents several times in regards to their behaviour, but to no avail.

It was late June, a hot and sweaty day. The kind of day where your hamstrings stick to the bottom of your seat. Kayla purposely acted out this day, throwing erasers at other students and swearing aloud. She began to scribble on the desk, which was a “big no” for Mr. Michalik.

“Kayla, do not deface school property.”
“I don’t give a shit, Michalik.”

Mr. Michalik picked up the phone and called the office.

“Kayla is heading for you.”

“You can’t make me go to the office!”
“Kayla, please go to the office.”
“No! I’m not going!”
“Kayla…” Mr. Michalik began.
“Fine!” she screamed. Getting up, she began to knock over books and stomp on the electrical wires connecting Mr. Michalik’s projector to the white pull-down screen on the chalkboard. This was another “big no” for Mr. Michalik.

“Please do not step on the electrical wires,” Mr. Michalik responded in a surprisingly calm and collected manner.

Once she got out of the room, she slammed the door and began kicking it as hard as she could. She saw her friends in the hallway and got them to do the same.

Mr. Michalik couldn’t remain calm any longer. He swung open the door and grabbed Kayla by the shoulder.

Mr. Michalik was a bit naive. He walked back in, apologized for the scene caused by Kayla and continued the lesson. Everything continued as normal in the following remaining days in the school year except for the fact that Kayla stopped attending the class. Nobody knew what was going on as Mr. Michalik wouldn’t talk about it.

“Mr. Michalik, where’s Kayla?” people would ask.
“Never mind that,” he would respond.

You never know what you have until it’s gone? I believe it. Unfortunately, it’s human nature. We take for granted the people that we should value the most. We think they’ll never leave us and when they do, we realize that we wish that we valued them every second we were with them.

I walked into his now former classroom to ask him what mark I had received. He was packing boxes and there was paperwork and bubble-wrap scattered all around the room.

“You have not passed this course yet. Not until I tell you your mark,” he told me.
“C’mon Mr. Michalik, just tell me.”
“Fine. You passed.”

He must have sensed my inner sigh of relief.

“You seem satisfied,” he said.
“I am.”
“Well, you shouldn’t be. I didn’t even tell you your mark. You know you could have done better.”

I thanked him for telling me and began heading for the door. He called my name and I turned.

“You owe me push-ups!” he yelled.
“I will never forget you, Mr. Michalik,” I laughed.

But I never did.
Djuradj “George” Vujcic,
journalist and writer