Stankovic a risky proposition for TFC

by Djuradj Vujcic
According to Sky Italia reports, Dejan Stankovic is close to signing for either Toronto FC or for the Seattle Sounders. With TFC in mind, this would be a mistake for both sides involved. Stankovic will be 35 in September and gone are the days where good money is available to be wasted on aging designated players.

Stankovic would only be taking up a spot of a young Canadian player who is hungry for experience. Stankovic is not for this league and he wouldn’t have been suited for MLS even in his younger days. This would not be anything similar to the decision to bring David Beckham to the LA Galaxy. This is no longer the MLS of before where Europeans can come and go as they please to finish out their careers.

When one looks at the statistics of Dejan Stankovic, one might be fooled and be impressed. Five and a half years with Lazio and nine years with Inter Milan. There are however other things in soccer that matter as much as stats or that matter even more. Things such as charisma, character, creativity, leadership and personality. All of which Stankovic lacks. His barcode tattoo goes to show that he is just another number on the field.

Stankovic (tied with Savo Milosevic) holds a record 102 caps for the Serbian national team, scoring 15 times. He captained Serbia for a full five years from 2006 to 2011 and – besides the goals which were few and far between – showed absolutely nothing for the national team. He was often rightfully criticized for taking care of his legs for his club career.

Stankovic, even in his heyday with Lazio, was slow, injury-prone and limited on the pitch. If not for the defensive midfielder position, there wouldn’t be a position left for him to play. He can’t play on the wings, isn’t good at passing and can go a full match without being noticed at all.

He said he doesn’t want to return to Red Star Belgrade to take up a young player’s spot but the question remains: why then would he come to play in MLS? 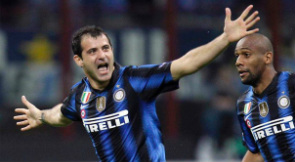