A funny situation happened to me this morning. I kept the name of the bar out of the story to keep the employees from getting in trouble.

Last night, I stopped off in a little bar that is in some hidden little passage in Novi Sad. I didn’t have a place to leave my two bags and asked this pretty little bartender if there were any storage places in the city where I could lock up my bags until the next day. She was such a sweetie. She told me that she would just lock my things up in their shop next door and I could get them anytime. Most sane people wouldn’t hand over their computer and other items to a strange bartender but she was pretty and Serbian so I knew I could trust her. 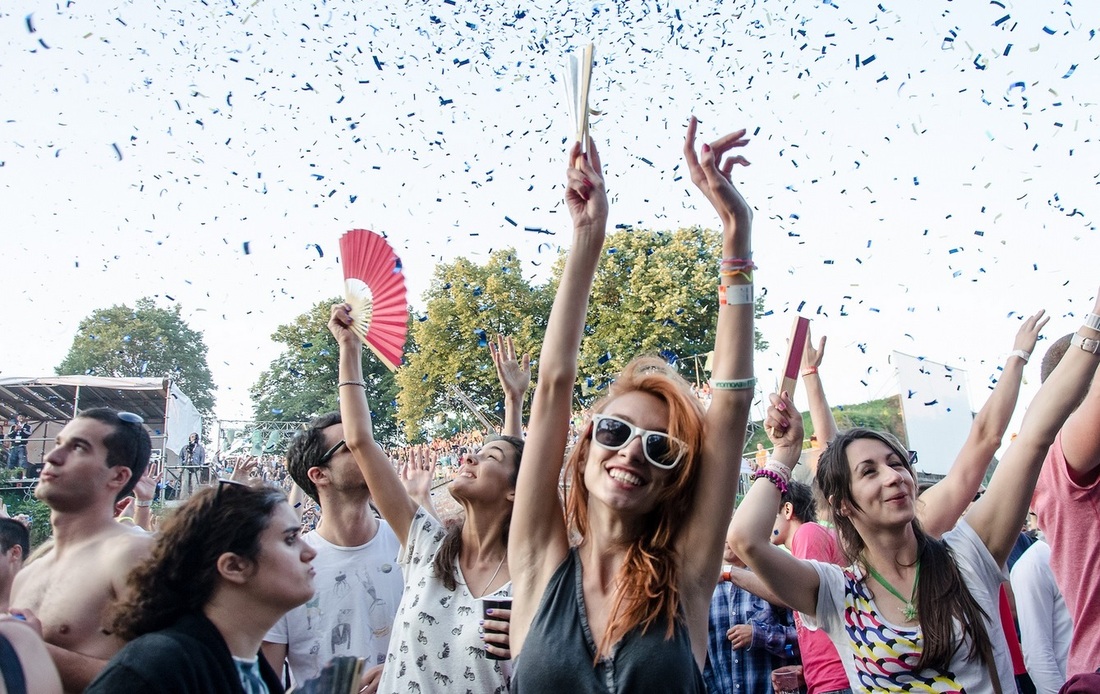 I ended up going to Exit Fest at 9:00 PM. My camera guy and I interviewed a group of beautiful English and Welsh gals, shot some footage of the Pet Shop Boys and of tons of the stages, etc. I left him around 2:00 AM to check out the different stages. It was rainy and cold all night long. I was only wearing shorts and a small t-shirt.

I decided to check out the exterior of the Exit Fest and walked out of the gates. Once you are out of the gates, you are not allowed in again. What now!? I thought I would wander around and drink beer with some random folks. There were tons of foreigners and Serbs from all over Serbia at every corner. I found some great people to help me pass a few hours. 4:00 AM came and I was still wandering the streets of Novi Sad in the rain: their isn’t much that is open at 4:00 AM in Serbia.

I thought I would head to the bus station to get back home so I could sleep but remembered that I had left my bag in that bar! I hadn’t the slightest idea where I had found that little bar. Ha ha ha! There were lots of folks walking around the center, but none of them had heard of that bar! After over an hour of searching for it, I found it! They weren’t scheduled to open till 9:00 AM. I killed as much time as I could till a coffee shop opened.

At 9:00 AM I popped over to the bar. The front door was open and a guy and a gal were sleeping on the couch! Ha ha! I cleared my throat, but they didn’t wake. I finally said, “IZVINITE” pretty loudly. This guy opened his eyes and jumped up. I asked him if they were open and he said that they were. I asked him if it was normal for the employees to be sleeping on the couch during work hours. He said that they had all been to Exit Fest all night and hadn’t slept. LOL! He knew why I was there and went to get my bag for me. I thanked him for going through all of the trouble of keeping my bag, etc. He said that it was no problem at all and that they were happy to help. I offered to buy him a coffee for all of his issues and he said, “No thanks. I am going to go back in and go to sleep till someone else comes in!”
Charles Cather
The Best Music Festival in Europe
This is the best music festival in Europe. I had many foreigners that took a moment to let me interview them. They all loved Exit and said it was their favorite music fest ever. They all had great things to say about Serbian people...
1. These two were from England. The guy was on the cover of 24 Sata. He has been to every Exit Fest and said it is his favorite in the world. He loves Serbs.
2. My buddy and I by the Exit sign.
3. This was a group of crazy dudes from Ireland, Scotland and England. I had a blast talking with them. They gave a great interview. They also had great things to say about Serbian people.
4. My crazyyy Serbian buddy.
5. This was a group of beautiful young Canadian Serbs. They were very happy to be here for Exit. We had a great interview.
6. My Serbian boys from Florida!!! They are living in the USA, but their heart is in Serbia.
Charles Cather,
blogger and teacher
C O M M E N T S
Column & Photographs: Charles Cather
All rights reserved 2014. Copyright © Charles Cather